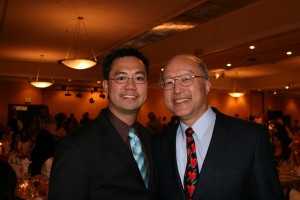 My Dad passed away two weeks ago today.  It’s so hard to believe, I can barely type the words.  The memorial service was held for him this past Saturday, 8/27 at Chinese Grace Bible Church.

He was an amazing man of God.

Here’s his obituary as found on the Bakersfield Californian (or the Sacramento Bee): 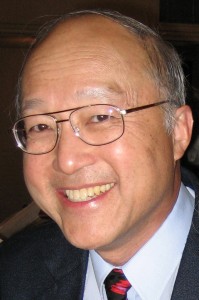 He was born on March 1, 1952 in Los Angeles, and was the youngest of 7 siblings. He graduated from UCLA and received his Doctorate of Pharmacy from USC. He leaves behind his wife of 33 years, Beverly Wong, and his two sons, Brian (Charlene) and Andy.

David gave his life to Jesus in 1975. He became an active church member and led several youth missions trips to inner city Los Angeles. The Juvenile Hall ministry of Youth for Christ was an important part of his life for many years. He played an active role in the life of his children. He was a loving brother, father, and husband. David enjoyed many outdoor activities such as biking, hiking, and dreamt of having a sailboat.

Ever see those people at Farmer’s Markets or Carnivals cooking up huge batches of Kettle Corn in those large iron cauldrons?  Those guys are more than happy to charge you some ridiculous amount of money for what essentially amounts to pennies’ worth of ingredients.

Here’s how to make your own: 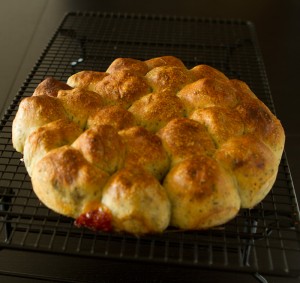 I found this fantastic recipe for Pepperoni Pizza Monkey Bread, and decided to make it my own.  Charlene has really been craving pizza lately, so I figured this might be a decent answer to her hunger pangs.  The biggest difference between the recipe above and mine is that I didn’t use pepperoni–Charlene prefers mushrooms, and I got my dough from Trader Joe’s.  To make preparation easier, I also used string cheese, and cut it into small pieces, rather than getting a big block of mozzarella. 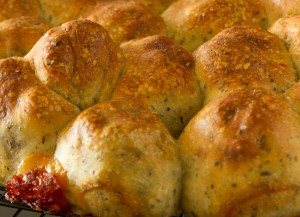 August typically marks the beginning of California’s Fire Season. When reporters talk about forest fires, they always comment on the Percent Contained. I always wondered what that meant. In case you were wondering, here’s how it’s defined:

Percent Contained is the ratio of “fire line” length to the fire’s circumference.

Fire line is either dug or created by firefighters, or a naturally occurring landscape feature like a cliff or a body of water. In other words, if the fire is 100 miles in circumference, and there are 50 miles of fire line, then the fire is 50% contained.

If you ever open an Acrobat document and the orientation is all wrong, here’s how you fix it:Permanently Rotate Pages in Adobe Acrobat.